For two weeks this summer, I did not have a black female dog.

That has not happened since 1988. Since before even I was called wabbit. This was unnatural.

It was a void, and nature abhors a vacuum, as they say.

Enter a dog who had already been through three homes and a shelter stay in a scant ten months of life. It's the usual, somewhat long story involving lack of adequate fences and leaving dogs outside and such as to how she came to be at my house exactly two weeks after I put Trinity to sleep, but come to my house she did.

She was in heat and assumed unvaccinated, but thankfully heartworm negative.

Well, that heat thing ain't possible no more, she's had her shots, she's microchipped in case of another adventure (seriously, chip and REGISTER the chip, guys), and she's on heartworm prevention.

And, for now, she's staying. I've hesitated to make this post, because this is still not a 100% certain decision (she came as a foster, and I know enough people in rescue that I can place her quickly if need be, but this dog needs some stability right now in order for me to figure out how her mind works so that I can place her properly if we do not keep her - but she was always a foster/if she fits in, she'll stay dog, as I do not know how to intentionally obtain a dog - there's only been the one, and I knew her for two years first - and I was, in fact, in need of a black bitch *grin*), but more than likely, I think we will keep this dog, so I figure it's time.

This decision will be finalized pending her and Hobie stopping their stroppiness with each other and me building up some toy drive in her for the sake of training/how she comes along in the working basics, but her general basics are fine already, so...we'll see.

But without further ado, allow me to introduce Northstar's Way of the Force, call name [spoiler alert for the Star Wars EU/Legends Universe] Jade.* 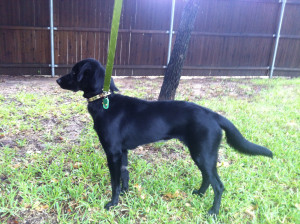 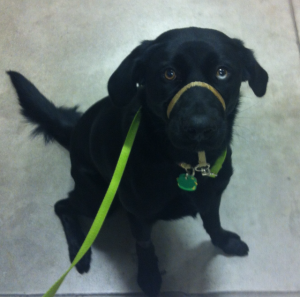 Oh, and her arbitrary birthday is September 11. She came here on July 11 and she was supposedly ten months old (and that looked right), so there you go. An easy day to remember, and oh! Look at that! It's today. Happy Birthday, Jadekins.

PS - no, it's not a muzzle. It's the very best tool for leash training dogs I know, and I haven't walked my dogs without one in about a decade (thanks again, Hobie Wan Kenobi, teacher extraordinaire!). It's a Gentle Leader, and if I sold one bit of equipment for dogs, this would be it. Along with the EZ-Walk Harness by the same company, probably, for the mutant short nose breeds and those that no way, no how will tolerate a GL. But trust me, it's not a muzzle. *climbs off soapbox* 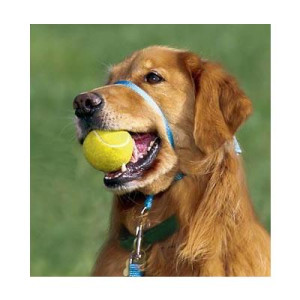 Storm has done this many times, and everyone can eat and drink and pant (and bite!) with a GL on. It's so not a muzzle. But the control when walking is masterful, and I wouldn't trade a GL for a hundred types of neck collars. (In fact, Jade's ability to wear one and not freak out was part of why she's likely staying - yeah, she was not as advertised, but they never are. Most dogs aren't "crazy." They're just... dogs. *sigh*)

PPS-yes, her left eye is partially blue. I'm thinking any one of a bunch of herding breeds (based on her behavior) as the cause of this, but Husky and Catahoula are on the list, too. Who knows? Who cares? I only know we get to quote X-Men First Class to her a lot, and that's nice. Heterochromia, indeed.

*We briefly considered calling this dog Olive, after Oliver Queen, everyone's favorite Green Arrow. She came with a green leash, see. And green was the next color for us. (My dogs have worn red, blue, purple, black, and orange collars so far in this life - green had already been decided as the next one...fate? No, not exactly, but chance? Yes, and I tend to abide by that in general for these types of things, as again, I don't know how to obtain a dog otherwise.) But Olive is hard to call in the ring and isn't true to her personality. She's harder than that. So it was Jade the next day. And the fact that

taj_mahal07 and I found the perfect collar? Well... meant to be. 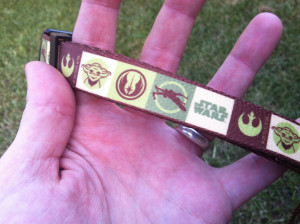 Because at the end of the day, I'll pick Star Wars every time. *grin* So much so that I violated my own rule of solid color collars only. Oh, and the made-up registered name came right away, too, and no, it doesn't mean me keeping her is a done deal. If she continues to not abide by Hobie's corrections or other issues come up, I will adopt this dog out, but she is getting better every day in learning how to be a dog who can function in a human world. She actually is reminding me quite well of the two issues the oh-so-perfect Trinity had as a young dog. She has them both, and she is Just. Like. Her. - so much so it's a bit scary - in many ways, with a touch of Hobie and Molly thrown in for fun, but no Storm at all and hardly any Chubs. And that is also the way of the Force, no? Thus why I am finally able to make this post, knowing it's not really up to me what happens here. Just as I didn't look for this dog, I cannot control everything. I can only do my best and when all is said and done, that will either be enough and she will stay or it will fall short, and she will be adopted out. We will do or do not... there is no try. ;)

PPPS-I've been told Jade looks sad in the pic above, and while to me she only looks calm, here. Have another pic, because why not? Gods, but this dog is odd-looking. But what can I say? I like big mutts and I cannot lie. ;) 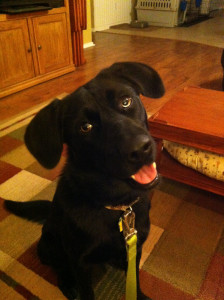 Also, EDIT: I typed this up just before Dragon Con, but set it to post today. Since my original missive, Jade and Hobie have started getting on better (she respects his corrections better - see, Hobie is a "fun police" kind of dog and simply does not tolerate any nonsense - the pup just had to learn that and now things are much better) and Storm, while still not a fan (he's old and crotchety now, too, you know), is no longer so exciting as to make her lose her mind any more, so that's something. We've recently made good progress on the barking when I am in the room but not interacting with her (oh, Trinity, really? did you have to leave THAT here?), and overall, this is a great dog. The toy drive factor is still an issue, but hopefully that will come along. I just have to find the thing that motivates this dog. We shall see. She does respond to food, though, so she's trainable. Just wish I had both. That's workable, though. Hobie was food only when I got him, as was Trin. Storm loves only the toys, and Molly loved both. Chubs, well, she didn't care about anything. ;)

So, again, we shall see. As of right now, she's still questionable, like her namesake. Not sure if she'll be a Jedi or a Sith in the end, but only time will tell.
Collapse